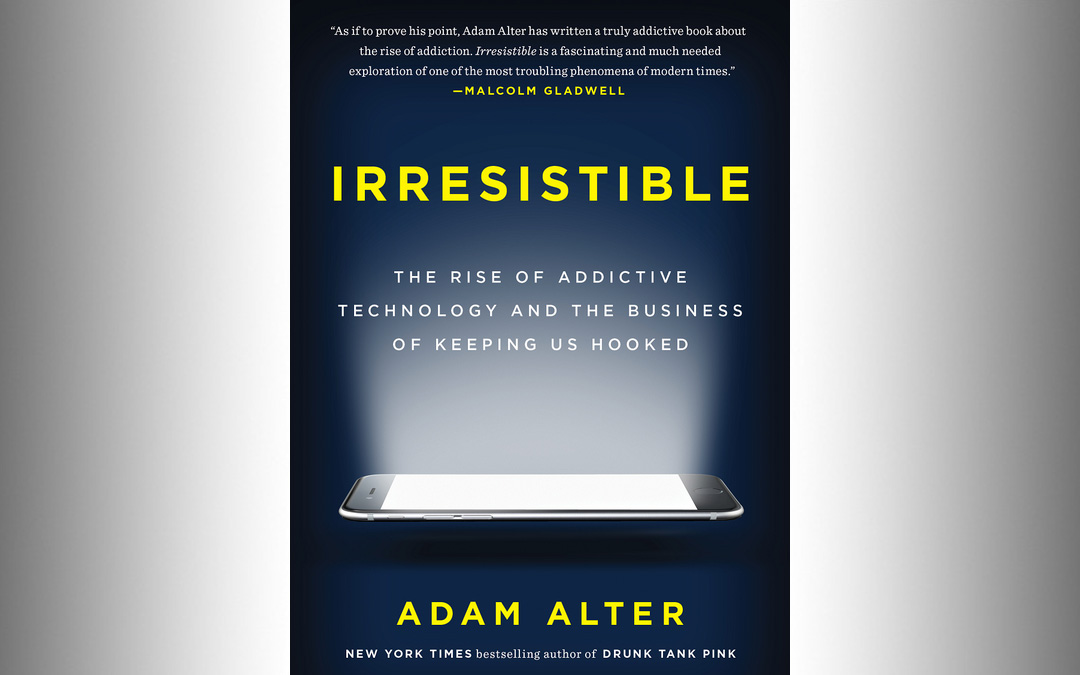 With the recent revelations about the Russian trolling of the 2016 presidential election, during which both Facebook and Twitter were manipulated by a foreign power, we are witnessing the beginning of a national reckoning with social media.  A global network that was initially seen as a great gift to humankind is now being reconsidered.

Hailed as a great unifier, and a way to connect people—social media was the force behind the Arab Spring and other revolutionary movements—the broader implications of this network have come crashing down on us.  There has even been a good deal of hand wringing among some ex-Facebook executives, who have had second thoughts about what they have created.

Irresistible, the new book by Eric Alter, that describes the effects of social media on our children and the science behind those effects, sheds light on some of the reasons for this soul searching.

Facebook’s goal has been to reach and connect as many people as possible through its social media platform.  To achieve this goal, it turned to the psychological literature.  Going back decades, to experimental work on the behavior of conditioned rats, it became clear that the human brain, on a fundamental level, works in much the same way.

Rats will continuously press buttons that release sugar pellets to eat because eating the sugar creates a pleasurable chemical response.  Even after the pressing of the button no longer releases the sugar pellets, the anticipation of the release is enough to create a dopamine rush.

This fundamental understanding has driven the dominance of social media; “likes,” “shares,” and “friends” are the buttons that stimulate pleasurable biochemical splashes.  They are our “magic buttons.”

Alter does a good job of explaining the psycho-physiology that has given rise to the social media industry.  He then moves from social media to online gaming.  The same biology underlies the powerful draw of these games. He describes in detail how addictive these technologies can be, and then provides a frightening picture of the young men (and increasingly women) addicted to video games such as “World of Warfare” (WOW.)  These include people going days on end without sleeping or eating, and formerly good students failing out of college, unable to pull themselves away from their computer screens.

And this is an international crisis.  Some Asian countries, notably Japan and South Korea, have acknowledged the seriousness of the problem and have begun passing laws to restrict the use of gaming. They have begun officially calling this problem out for what it is: an addiction.

Alter goes on to describe the various personality components that make people susceptible to such addiction, and the predictive factors that can help identify those most vulnerable.

For example, a person might be experiencing feelings of social isolation and/or lack of friends.  The problem is “solved” through social media by connecting the person to an infinite number of “friends” who are virtually available through the gaming platform.

Among the most vulnerable to the negative effects of these new technologies are children and young adults—digital natives—born into the new world of Instagram, Facebook and the ever proliferating video games becoming further enhanced by virtual reality.  These platforms provide an alternative to interaction with the natural world in an ever more “satisfying” imitation of real life.  The long term effects are not yet understood.

While Alter does a good job of describing the mechanisms behind technology addiction, the book is much weaker on solutions. These chapters can be skimmed.

He describes new treatment centers, both residential facilities and outpatient.

He explains “gamification”, a word that describes strategies baked into technologies to make them addictive in the first place.  Apparently, wired into our brains is the desire to meet and overcome challenges.  These strategies are then used to change the addictive behaviors, just as heroin addicts are switched to methadone.

As a basic primer about the powerful effects of social media and other addictive new immersive technologies, Alter’s Irresistible is a good introduction.  In my view, it behooves us all to look squarely at what will certainly be the world of our children and grandchildren.

The books big takeaway is how serious the problem really is. Social media has indeed enabled us to connect instantaneously with friends around the planet.  Yet at the same time, under the banner of “connection”, it has also increased our sense of isolation, placing screens between ourselves and the real world.

Clearly, there is a reckoning with which we as a society—along with the massive technology companies like Apple, Facebook, Amazon and Google—need to come to terms.

Dr. Ricky Fishman has been a San Francisco based chiropractor since 1986. In addition to the treatment of back pain and other musculoskeletal injuries, he works as a consultant in the field of health and wellness with companies dedicated to re-visioning health care for the 21st century. He is also the creator of the health news and information website “Condition: Health News That Matters.”

“The Case Against Sugar” by Gary Taubes