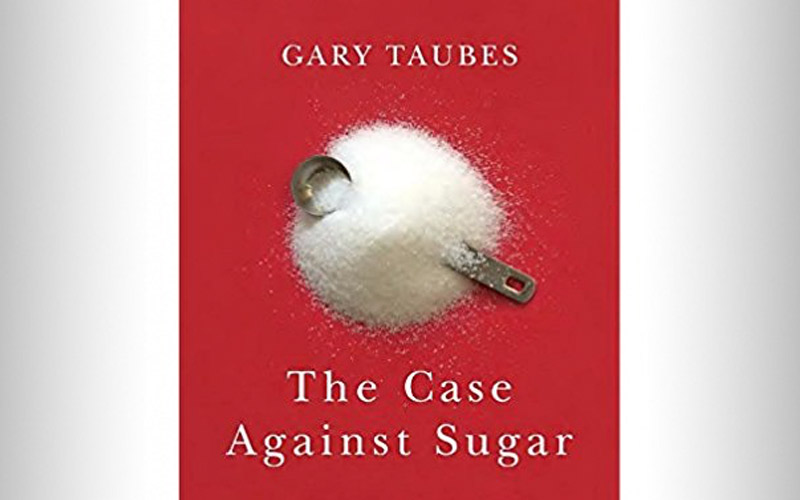 Book Review: “The Case Against Sugar” by Gary Taubes

I have some good books on my office bookshelf — books about what to eat and what not to eat, food science and reference books, volumes about food culture, cookbooks, and many others about the human diet. However, before picking up Gary Taubes’ A Case Against Sugar, I had never read a definitive text that makes a legal case against sugar in its many forms, equivalents and iterations.

The subject matter is complex and Taubes delves deeply into it. The history is fascinating but dense, and the science is nuanced and at times dry and technical. (Taubes provides 281 citations and an almost 40-page bibliography.) But this is an important contribution to the study of nutrition and, despite its density, anyone wanting to improve their health should read it.

Taubes is an investigative science and health journalist whose earlier works were Why We Get Fat and What to Do About It (2011) and Good Calories, Bad Calories (2007). This latest work takes the reader from Chapter One where he questions whether sugar is a drug or a food to the epilogue titled “How Little Is Still Too Much?”

In between, he lays out the history of sugar including how the cane sugar industry and sugar-beet agriculture grew into what is now known as Big Sugar — which includes the food manufacturers and brands who lace many, if not all, their products with sugar to enhance the addictive quality of their foods and to influence mouth feel.

But Big Sugar is responsible for decades of incredible mid-century propaganda and messaging that makes the modern reader go, “wait, what?” but in its time that propaganda was effective and became a significant reason why the Standard American Diet is what it is today.

He is not the first writer to explore our society’s addiction to sweetness as comparable to caffeine, nicotine, heroin, cocaine and other addictive substances. However, he goes deeper than many others.

He talks about how animal studies have found that cocaine-addicted rats and monkeys choose to consume a sweet solution over their daily cocaine “fix” as the brain’s reward neurons that respond to sweetness outnumber those that respond to cocaine fourteen to one. He also marries tobacco and sugar, explaining how tobacco was laced with sugar to make it more palatable for the user and how that sugar allowed cigarette smoke to be drawn more deeply into the lungs.

Taubes refers to sugar in its many forms, but he spares natural sugars that are found in fruits and some vegetables. Rather he focuses on sugar as a food additive from the least refined to the most refined.

By the time you finish this book, even if you have had to fight your way through the middle chapters replete with complex words, technical explanations, biochemistry, physiology and historical context, you will have a much better understanding of what sugar is, where it came from and why it has become so pervasive in our food supply.

And I predict you will be changed. I know I was. I had already been running sugar-dependence support groups and counseling my private clients about the dangers of consuming sugar, in excess. But now that Taubes has made his case, does “in excess” go far enough? When it comes to consuming added sugar, we need to ask ourselves: How little is still too much? 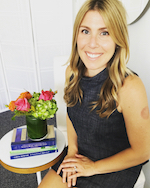 Nicole is a certified nutritionist who helps clients strategically develop food plans for themselves and their families according to their individual needs, situations, health challenges and preferences. She is inspired by the joy of fresh, whole foods and educates clients on the many benefits of optimal nutrition, including better digestion, more energy and emotional grounding utilizing macronutrients, micronutrients, phytonutrients and other vital factors. Nicole is trained in the Eating for Health® model, which embraces two powerful maxims —“food is the best medicine” and “know thyself.”

“Witches, Nurses and Midwives” by Barbara Ehrenreich and Deirdre English