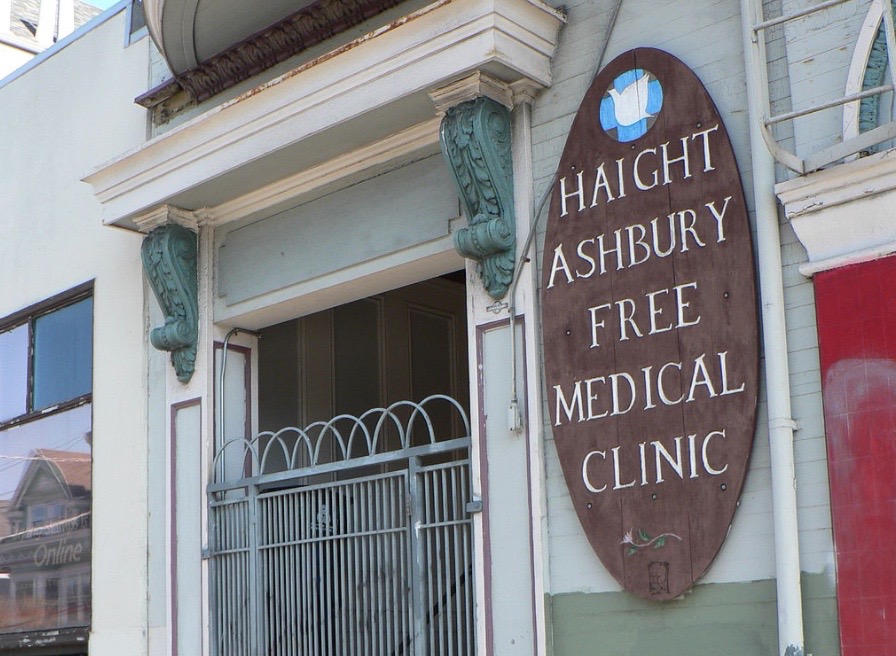 I worked at the Haight-Ashbury Free Medical Clinic from 1986 until 2001. With the exception of the medical director and a few nurse practitioners and physician assistants, the providers–psychologists, chiropractors, acupuncturists, podiatrists, physical and massage therapists, and a variety of medical specialists—were all volunteers.

The clinic was in a rickety second story flat a half block from Haight Street. The hardwood floors were worn, and the waiting room chairs a bit ragged.  But the bathrooms were clean, the walls well painted, and the care provided to the neighborhood excellent.

Last January I received an email notifying me that Susan Poff, one of the physician assistants I worked with, had died tragically.  The email also let me know there would be a memorial at the home of Joe Elson, the clinic’s medical director through most of the 1990s.

Though I hadn’t seen many of the people present at the memorial for years, I felt an immediate sense of connection.  In part it was the common bond to Susan. But there was something else, something I couldn’t quite put my finger on. Perhaps it was because we had all worked together on a grand project, grounded in the conviction that healthcare was a right and not a privilege.  We all believed in the result of that project–a viable health care alternative that was integrative and free of charge. No sliding scales, no health insurance accepted.

But as I stood, listening to the many testimonials for Susan, I remembered that the clinic had offered more than high quality care.  It had also provided a safe place where those down on their luck could get treatment without judgment, where people in the neighborhood could volunteer their time, and where students could do internships that would help them go on to become dedicated practitioners themselves.  The clinic was not only a health center.  It was a community center.  And in Joe’s living room, we were that community.

Our communal focus was part of a philosophy of health and healing that was broad and deep. It was a philosophy that connected individual wellness to planetary health, and went beyond the application of specific therapies to specific conditions. This philosophy stressed balance–of mind, body, spirit, nature, and society. It asserted that to heal one, we must work toward healing all.

Susan embodied this vision. She worked in the clinic and on the street. She ran needle exchange programs under the freeways, lanced boils on the sidewalks, and shaved the heads of the homeless to get rid of their lice.  If it was cold and rainy, she was out there because that was where her patients were.  And when there was an unwanted child in foster care, a child born into a profoundly broken world, she adopted that child.

That kind of selfless giving came from a deep well of love and compassion.  Susan had more than excellent clinical skills.  She had a fierce and passionate heart.

When I was at the clinic, we serviced 17,000 patient visits per year.  This was accomplished at a fraction of the cost incurred by most primary care centers.  But such success is a threat to the status quo—a bloated health care system controlled by an insurance industry dedicated not to health and well being but to profits. As a result, many of those in power have dismissed the free clinic model as a socialist fantasy and an economic failure. That such clinics could be an important part of the health care reform conversation is not seriously considered.

The Haight-Ashbury Free Medical Clinic may someday close its doors due to higher operating expenses and diminished public support.  But it will never die as an idea, as radical as that idea may seem.  And Susan, though she is gone from this world, will live on as an inspiration: a reminder of what healing truly means.

Dr. Ricky Fishman has been a San Francisco based Chiropractor since 1986.  In addition to the treatment and prevention of back pain and other musculoskeletal injuries, he works as a consultant in the field of health and wellness with companies dedicated to the re-visioning of health care for the 21st century.

“The End of Illness” By David B. Agus, MD

Obamacare and the Future of Health (in America): Re-Visioning Health and Healing, Part Three