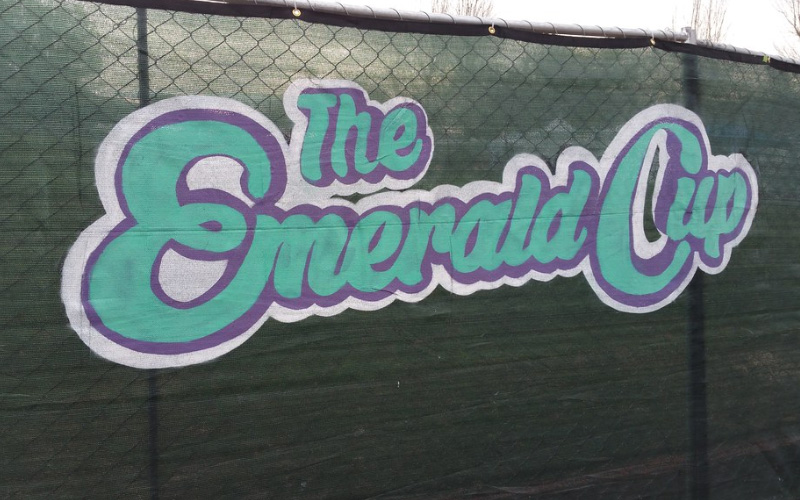 The cultivation of cannabis is a science and an art. As medicine, it can be used for relief of pain and the enhancing of pleasure; to relax and to sleep. It can stimulate the creative mind, and the spiritual one as well.

The Emerald Cup, an annual event held at the Sonoma County Fairgrounds, is the “Academy Awards” of cannabis.  Named for Northern California’s “Emerald Triangle”–the center of the state’s cannabis cultivation industry—it is now in its sixteenth year. Awards are given in a variety of categories: from Best Tinctures, Topicals, and Edibles to Best Marijuana Plant Photography.

The festival surrounding the awards takes place in December, and draws enthusiasts of all kinds.  These include growers from the mountains, manufacturers of medicinal preparations, and connoisseurs of the psychoactive effects of this powerful plant. It also attracts health care practitioners who take the opportunity to discuss the latest research findings and applications of cannabis medicine.

I have also become interested in cannabis, and its potential as a complement (or alternative) to many of the traditional allopathic medicines that are used for a variety of conditions I treat in my office.  I’m speaking of back pain, and other musculoskeletal injuries.  Patients come to see me when they cannot move their necks, have low back and sciatic pain, forearm tendonitis, frozen shoulders and sprained ankles; they also seek relief from muscle spasms and inflamed joints.

I have no problem with patients using over-the-counter medications like Advil, Motrin, or Tylenol—anti-inflammatories and analgesics—for short term use. But chronic, long-term medicating (I have seen patients using these meds for months and even years on end) are known to cause a variety of complications, such as kidney, liver and/or gastrointestinal damage.

With legalization of recreational marijuana in California in 2018, enormous new markets have opened up.  But more importantly, from my perspective, the new law has removed barriers to research.

What can cannabis really do? And what harm might cannabis cause? These are just two of the questions about this “new” remedy that need to be answered.

It is anecdotally clear that there are benefits to be derived from cannabis use. Cannabidiol (CBD) is a chemical component of the marijuana plant that appears to contain many physical healing benefits, including anti-inflammatory properties, muscle relaxation, and pain relief. Tetrahydrocannibinol (THC), in addition to having its own therapeutic effects such as pain reduction and appetite stimulation, is the psychoactive component of the plant. Its effects are generally euphoric, but can be uncomfortable for some people.

The science of this medicine has become so sophisticated that the end products–whether hybridized plants for smoking or tincture concentrations—are used to address a broad spectrum of complaints. And it appears that, for the CBD benefits to be most effective, the formulation must include at least a small amount of THC. Marijuana’s psychoactive effects are minimized with a high ratio of CBD to THC; e.g., a 1:20 ratio of CBD:THC will cause almost no psycho-activity. As the ratio approaches 1:1, the psychoactive effect will increase. So a person can simply heal—or heal and get high.

It was very interesting to attend a festival where almost all of the crowd was under the influence of cannabis. Though there was one area where beer and wine were available, I didn’t see anyone walking around with alcoholic beverages.  I did, however, see many ingesting cannabis in various forms. There was none of the edginess one might see with too much alcohol consumption. The ambiance was mellow, and friendliness abounded.

During the awards ceremony, the passion of both the givers and recipients was palpable.  Many had been in the business since the 1960s and 70s, and had gone deep into the Northern California wilderness to grow the first strains of cannabis imported from the far-flung jungles, mountains, and deserts of Mexico and Afghanistan, Morocco and Thailand. Growing marijuana is much more than a business to these pioneers, and to the innovators who have followed them. It is about making the world better.

Those on the stage at the Emerald Cup were healers in their own right, making medicine for the people.

We are witnessing the re-birth of a medicine that we humans have used for millennia. While much research still needs to be done, few people– myself included–could deny the value of this powerful plant. I am glad it is becoming part of our pharmacopeia. It is a truly natural medicine.

Dr. Ricky Fishman has been a San Francisco based chiropractor since 1986. In addition to the treatment of back pain and other musculoskeletal injuries, he works as a consultant in the field of health and wellness with companies dedicated to re-visioning health care for the 21st century. He is also the creator of the health news and information website Condition: Health News That Matters.

The Sound of Healing