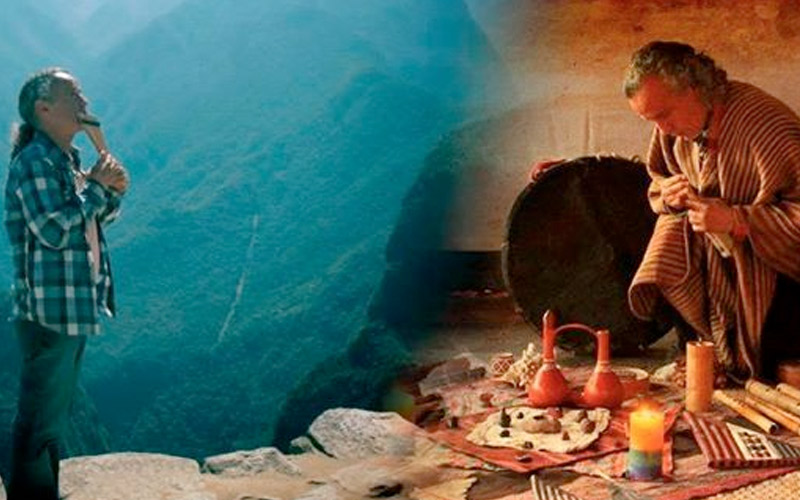 The Sound of Healing

I relaxed at Philz, my local cafe, sinking into a soft leather couch, taking in a fine selection of indie rock, and enjoying some very strong coffee.  As I sipped on a tall Tesora, I daydreamed about the trip I’d soon be taking to Peru. I was excited, but at the same time troubled by a pain I was feeling. I knew its source.  A deep wound inflicted by someone whom I thought was a friend.  He had stolen something from me, something real and material, but also something more…vital.  It felt as if this “friend” had made off with a piece of my heart. But knowing this did nothing to relieve the ache. I wrote furiously in my journal about the injury of betrayal and about my need for some kind of healing and that maybe I’d find it in Peru. I didn’t really understand why I thought this might be so.

When I walked downstairs to get my second coffee, I glanced at a bulletin board near the counter.  I noticed a flyer that announced a ritual ceremony to be performed by a visiting Peruvian musician, Tito La Rosa. It described the “Ceremonia de Las Flores” as an ancient Andean sound healing ritual, and Tito, who had been on world tour with Kitaro, the renowned New Age musician, as a “Sound Healer”.

The synchronicity startled me.  I called the listed number right away and left a message.  Within minutes, my call was returned by a woman named Marty.  She described her organization, Kumpi Mayu, that was sponsoring the Ceremonia, as an NGO dedicated to developing clean water resources in a small village in the Peruvian Andes—Caruaz, Tito’s home. One of the ways they raised money for this cause was by producing concerts and ceremonies featuring Tito. When I asked what the Ceremonia de Las Flores was all about, she said, “I can’t explain it, but know that you should attend.  If it doesn’t transform you, I will return the (very modest) cost of the experience to you”. Clearly, an offer I could not refuse.

The ceremony would take place the evening before I left for Peru. Not ideal given my penchant for last minute preparations.  It would begin at 6.  I worked in my office in San Francisco until 4, rushed over the Bay Bridge, changed into some comfortable clothing, and arrived breathless, just in time.  I walked into the brown stucco house and entered a Peruvian fantasy world.  Tiled floors and walls, intricate tapestries draped over hand carved furniture, lit by “saint” candles.  The room was warmed by a wood burning fireplace and perfumed by metal bowls of rose pedals. There were instruments everywhere–drums of many sizes, wooden flutes, guitars with bodies made of gourds, and objects of unclear musical functionality. I was directed to an assigned space on the floor. There were eight participants, none of whom I knew, all of us seated on pillows around a woven altar covered in flowers, folded papers, and small stone and silver carvings. I closed my eyes and breathed deeply.

Tito entered the room.  About sixty years old, barefoot, and dressed completely in white, his long gray hair flowed as if blowing in his own private breeze. He picked up a long wooden flute, brought it to his nostrils (yes nostrils!) and played.  A pure, haunting sound filled the room and my head spun with the sounds of music and crackling firewood. Transfixed, I sunk into the pillows. He put down the flute and lifted a large drum, first playing slowly and lightly, then picking up the tempo, hitting the skins harder and harder until the room pulsed with its own heartbeat. And from what seemed to be a deep and ancient core came a chant, a sweet melodic sound of the Cordillera Blanca, Tito”s song to the high Andean Gods and the Four Directions of the Universe.  Then silence. Nothing but the soft falling of mesquite into ash.

Breaking the silence, Tito spoke about sound.  About sound as vibration, and of the world—the mountains, rivers, animals, and forests–as embodied manifestations of these vibrations.  He spoke of each one of us as vibratory beings, resonating in smooth harmony within the great cosmic field, or in frictional dissonance, futilely resisting the waves that wash over us. It is the dissonant, unconscious harmonic battle that creates disease and it is this disease that Tito’s sound medicine heals.

As Tito played, I slipped into a dream state, lost in a euphoric musical cloud. Startled by a hand on my shoulder, I looked up to see Dean, Tito’s apprentice, letting me know it was my time to receive the “medicine”. Tito stood over me, playing that lovely wooden flute. He placed its end on my chest and I felt its vibration, first on the surface of my skin, and then deeper. He tapped my sternum with the flute, over and over again, as if demanding entrance, pounding, refusing to stop until something opened. Tito then bent down, his mouth close to my ear.  As he spoke I felt wind on my face and the whooshing sound of a large bird passing closely by.  He was waving condor feathers, offering winged transport to the realm he would soon point me toward.

“You are a teacher, a healer, and a guide”, Tito whispered. “You are very lucky because you can live in accordance with lifes deepest principles every day in your work.  You can live in the service of unconditional love–Munay–and create harmony, abundance, and health for all things and all beings–Yankay.  You can live the sacred practice of teaching and learning, knowing that a person cannot do one without the other–Llanchay–so that all can live in the spirit of  absolute sharing, so no one is carrying too much or too little–Ayni.

“Truths surround us, waiting to be discovered.  They are beautiful things to find, but they are not like other “things”, objects that can be possessed.  You must hold them gently. Let them inside you. Allow them to penetrate your consciousness.  And once they have become part of your awareness, they can never be lost.  Forgotten yes, but lost, never. And if we become attached to those truths, they become something else, little more than clever ideas, things to sell, but without real value.  There will be people who will take from you and cause you harm, but the truth can never be stolen. So do not be afraid. Go into the world, give freely, and love.”

And so Tito sent me off and set me free with the knowledge that the deep pain in my heart was a pain borne of illusion, of a false understanding of the nature of truth and its knowing. And I understood that what I thought was stolen from me and had broken my heart was just a shadow, a dark reflection of ill intent. And I opened my eyes to the fire that warmed the room and burned in my heart and I forgave the thief of my dreams and illusions.