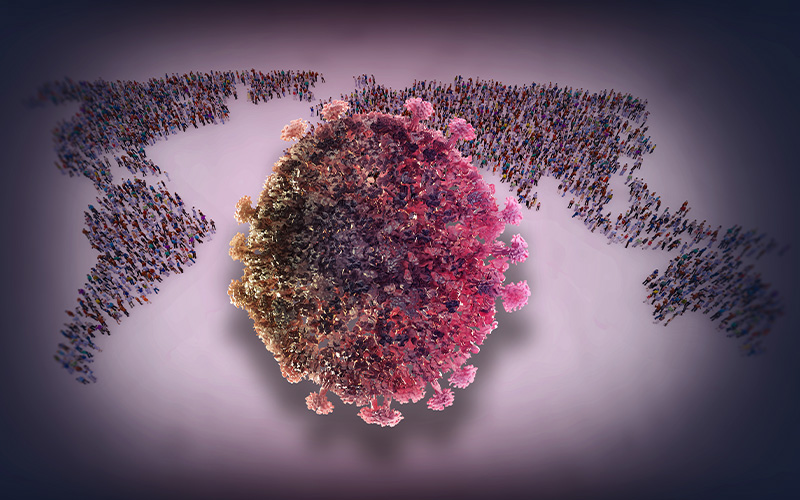 Some Early Thoughts on a Global Pandemic

We have suddenly been thrust into a global pandemic. Seemingly overnight, our lives have changed. Many of us are on lockdown, prohibited from leaving our homes except to go to the grocery store, the pharmacy, or the doctor. We must now maintain “social distance” to prevent infection, staying at least six feet from others.

There were already signs, back in December 2019, of a strange viral disease originating in the filthy live animal markets of China’s Wuhan province. Then it was seen in South Korea, and Japan. Somehow it jumped to Italy, and spread throughout Europe. All the while, from our “distant” perch–despite alarms being sounded by infectious disease and public health experts–our leaders looked on, and did nothing.

Now here we are, three months later, grappling with a new reality. Artists, writers, and theatre friends have seen their projects evaporate. The travel, retail, and restaurant industries are struggling. Untold thousands of people are out of work. I had to close my clinic, because of the very real possibility of transmitting the virus to my patients–or having them spread it to me.

Being “sheltered at home” for (at least) three weeks, when not worrying about the harsh economic reality of an indefinite practice closure, I have chosen to seize a rare opportunity. I have come to see this disaster as a chance to put the brakes on the non-stop business of doing; of producing. I am treating this as a time to just be.

But I also became angry

I became angry because the devastating effects of this pandemic, which has turned the world upside down, are the end results of conscious choices made over time.

The dominant planetary economic system, capitalism, demands constant expansion. Success is measured by gross domestic product, stock dividends and quarterly reports. The logic of endless growth is baked into the system as if it were natural law.

But how can one expand indefinitely in a finite planetary ecosystem? Earth’s boundaries are defined by our atmosphere, our oceans and rivers, our forests. The relentless pursuit of growth has depleted our resources and damaged our environment, raising the global temperature, poisoning our waterways. All this because of human greed and a system that demands more, more, more.

And in the “pursuit of more,” civic leadership has given way to a culture of corporate profits above all. In our country, with wealth concentrated in fewer and fewer hands, the public health system has been gutted. Hospitals have been closed, and health care has remained unavailable to millions. People are being put into unsupportable economic straits, without systems in place to support them when emergencies arise.

If we lived in a more equitable world, we would not avoid all pandemics—they are a fact of life on Earth—but we might avoid the social panic and economic unravelling of our society when one strikes.

And then I became hopeful

I became hopeful because I have been reminded that we human beings are part of something much bigger than ourselves. We are connected to, and affected by all that happens on our planet. If we abuse the planet, we abuse ourselves. If we love it, we too are loved.

The planet will be just fine without us. But if we want to remain a vital part of its fabric, we need to change our ways: the ways we think, and the ways we live.

We may now be going through a negative growth spurt, a lurch toward balance. Mother Earth is demanding it. We are seeing just how fragile humanity is. In just a few weeks, much of human civilization has been shut down by a virulent packet of DNA that was unknown until a few months ago. Our planet can, for a moment, “catch its breath.”

The healing has already begun. The cruise ships have stopped, as have airplanes, reducing pollution and the destruction of the seas. Factories are shuttered. Global markets have crashed, oil prices cratered.

With schools and workplaces closing, we are forced to pause. We now have time to reflect, and turn our attention within: to express gratitude to those we love, and to forgive those we do not. We have time to question how we, individually and collectively, choose to live our lives. Will we go on living in service to a destructive system, or to our highest purpose? Will we continue to ruthlessly extract and exploit, or become compassionate stewards of this beautiful planet?

The next period of human civilization is going to be deeply challenging, and at times painful. It already is. But that is how growth works; as does birth. We can work together to create a new, more harmonious world, or turn back towards a dysfunctional and broken one. At this auspicious moment, we have a choice.

Interview: Business Before and After COVID-19