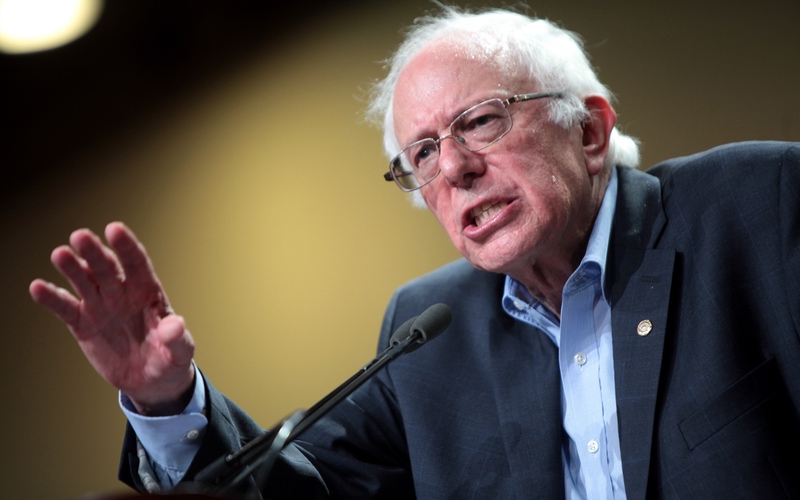 On September 13, 2017, Bernie Sanders—the Independent Democratic Socialist—stood with fifteen Democrats and introduced the “Medicare-For-All Act”, HR 676.  Bernie has been introducing varying versions of this legislation for many years; but without any co-sponsors.

My, how things have changed.

It appears that the Democratic Party is now a center left party.

There are those who are resisting this shift: most notably the Democratic leadership, Nancy Pelosi and Chuck Schumer.  They believe that we live in a center right country and movement away from his gravitational pole will assure electoral disaster in 2018 and beyond.

Leaving these opinions aside, the reality is that many leading Democrats have embraced On September 13, 2017, Bernie Sanders—the Independent Democratic some version of “Medicare-For-All.”

Why this is happening now

Any of us who have been buying health insurance over the past ten years or more are aware of increasing deductibles and co-pays, and higher monthly premiums.  At the same time, we have seen provider networks narrow. These trends have been exacerbated with the introduction of the ACA. Consumer/patients are frustrated…and angry.

We are now at an historic crossroad.  The private health insurance industry is imploding.  It is reaching the limits of its economic viability.

But it remains a powerful industry with a powerful lobby—as are the pharmaceutical, hospital and medical device industries.  These are the interests that have driven the economic engine of the health care system.  They will do all they can to maintain their power.

Medicare-For-All—also known as Single Payer, since there will be just one insurance payer, the federal government, rather than multiple private insurance companies making payments to health care providers—is perceived as an existential threat.

Resistance of the status quo

The response to the introduction of HR676 has not been surprising.  There was outrage from the Republicans, who quickly labeled it “Bernie-care.”  Judging from their hysteria, one would think that the implementation of Single Payer was a Bolshevik assault invading our capitalistic American shores. And what better poster child could there be for this putsch than Bernie, the old socialist Jew from Brooklyn.

And from the old guard Democrats: “Medicare-For-All is a fantasy and waste of time.  It can never happen.”  They say it is the equivalent of the Republican chants of “Repeal and Replace.”

“It is a distraction from shoring up Obamacare,” they opine shrilly.  “Let’s fix that first!”

But Obamacare was a fraying band aid placed on a gaping wound.  We cannot fix a broken system with broken parts.  Obama’s great contribution was instilling in the public mind the awareness that everyone must be insured, by robust universal coverage. I believe that Obama himself knew that the ACA would not fix the deep structural problems.

Such cries of alarm make sense coming from those with deep financial ties to the status quo, whether politicians or business people.

But these players will not be able to stop universal health care.  Once justice is revealed, it cannot be un-revealed.  Whether it is women’s rights, gay marriage, or racial equality, once a freedom is known, it cannot become unknown.  And so it is with the right to health care in a country that can afford to provide such care.  Every other country in the industrialized world has some version of universal coverage.

That is why so many Democrats are getting on board.  They see the future—as does the public. It has been said that real change does not come until the older generation dies out, so that their old ideas can die with them.  Schumer and Pelosi represent that older generation.  It would behoove them to get on board, or get off the train.

Realpolitik—why Medicare-For-All is not the right thing, right now

While I do support universal health care, I also believe that a quick transition to Medicare-For-All is a bad short term goal for two reasons:

First, a significant segment of the economy is rooted in the health care industry.  The elimination of health insurance companies would create havoc in the marketplace, with the effects of disruption spilling onto millions of workers.

Second, psychologically for the country, the shift would be too drastic (link to blog on Public Option).  Americans want choice.  The idea of the individual is baked into the American character.  Forcing everyone into a Medicare-For-All plan would push up against how we see ourselves.

The art of the deal

It seems it may be Bernie, not Donald, who is the adept deal maker.  He throws out a big bold proposal, knowing that it is only an opening bid and will never become law in its current form.  It is the beginning of a negotiation.  Buried in the legislation are alternative pathways if the full transition cannot be made.  It is possible, for example, to start with a Public Option to buy into the Medicare system when one turns 55, rather than forcing people to buy their policies on the private market.

The introduction of a version of the Single Payer model will shake the industry to its core.  But that shock therapy is badly needed for a system in terminal decline.

“The Healing of America” by T.R. Reid