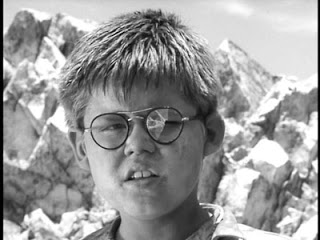 The shock of Donald Trump’s election has left many people disoriented.  Assumptions about the nature and order of the world have been upended.

Few, but not all, on the left side of the political spectrum believed Trump could be elected.  Yet here we are, six weeks into a Trump presidency.  He has moved with lightning speed, issuing executive orders at a dizzying pace, working diligently to undo the work of President Obama.

I described some of the effects of Trump’s election in my last piece “Trump Induced Stress Disorder: A New Diagnosis for a New Era”.  In that article, I described the physical and emotional effects on the millions of people who were aghast at his electoral victory.

But the Trump supporters are now displaying their own spectrum of signs and symptoms. I label their syndrome “Trump Excitement Disorder,” or TED.

TISD is marked by the ongoing stimulation of the “fight or flight” mechanism built into our neuro-endocrine systems.  When threatened, our bodies splash a variety of bio-chemicals into our bloodstreams; these mobilize our bodies to confront a danger by running toward or away from it. This enables us to neutralize the danger so that we survive the threatening encounter.  Remaining in this state beyond the time needed to protect oneself, however, can lead to an ongoing sense of anxiety and unease.

In TED, a different set of bio-chemicals is released.  These molecules not only stimulate, but also inspire a deep sense of belonging.  They tap into a different biological mechanism: one rooted in our nature as social beings. Our ability to survive is maximized by being part of a tribe, a collective.  When threatened, it is easier to ward off enemies in a group than as individuals.

According to Stephen Ducat, PhD, “Without the tribe to hold, protect, and feed us, we cannot live.  Anything that jeopardizes our membership in the tribe imperils our existence”. He goes on, “This is not to say that there are not tensions between individual and collective self-interest…if my “selfish” behavior puts my community at risk, my ability to go on being is seriously threatened.  This configuration of self and other has characterized humanity from the beginning of our species history. It implies a process of natural selection that has conferred a reproductive advantage to those with more highly developed capacities to accurately read, cooperate with, and care about others.  As we know, this has not led humans to become creatures that express nothing but peace, love and understanding.  That is because the considerable rewards of one’s community have also redounded to those members capable of hating, plundering and annihilating competing or enemy tribes…This was what created our dual nature as compassionate cooperators with and ruthless predators toward other humans.” (Ducat, 2016)

Spectacle and the creation of the tribe

Central to his winning strategy, Trump needed to create his tribe.

Few people are better suited to this task than Donald Trump.  A brilliant salesman, he is also an entertainer—and one of the originators of Reality TV.  With his “plain talking” (i.e., speaking at a fifth grade level despite having been educated in prestigious private schools), he has convinced the disaffected masses that he is the one who will “Make America Great Again”—though he has never made it clear what this means.

Trump has succeeded, in part, through spectacle.  Combining his television skills (along with those of his chief advisor, Steve Bannon), he stages big rallies; thousands of people, cheering wildly, sometimes spurred to violence. These are spectacles that would make Leni Riefenstahl, the Nazi film propagandist, proud.

To be part of a tribe, Riefenstahl understood, is to be bigger than oneself. The tribe provides safety, warmth and excitement. The rituals of affirmation can create a sensation that seems to combine the thrill of watching the Super Bowl and World Wide Wrestling with being on Celebrity Apprentice. When you belong, it is your tribe against all others.  And at this moment, the Trump Tribe is the biggest tribe of all.  It has taken over the most powerful country on the planet.

Such feelings are not easily dismissed.  They are biochemical. Testosterone and adrenaline to excite, oxytocin to belong, serotonin to tranquilize body and mind.  A potent, addictive cocktail adheres the group. And as with all drug addicts, the “fix” takes priority.

Reality does not easily penetrate this pleasurable, hallucinatory dream. Facts have become quaint; even nostalgic. Trump has cast an impressive spell.  Like the master producer of fantasy that he is, he has created an alternative world complete with “facts” to vindicate and sustain his tribe.

Symptoms of TED include an aversion to objective and scientifically established facts, giddy condescension to members of the “losing” tribes, indifference to their own self-interests and a rejection of logic. His followers don’t seem to care about his tax returns, his connections to Putin’s Russia, his attacks on the press and the judiciary, Muslims, trans youth, or blatant lies.  Among his base, his contrarian actions just enhance the thrill.

Trump’s message outweighs any of these logical concerns: We are under siege.

Trump has invented other tribes upon which to lay the blame for the sorry conditions in which (mostly white) working class people are living.  Enemy tribes include Mexicans (murderers, rapists and drug dealers), Muslims (terrorists), the media (failing), the “elites” (whose tribal leader was Hillary Clinton) and Democrats (socialists and sore losers).

American politics has become the ultimate reality television show. Millions of people who never had the chance to be on one of Trump’s actual programs can now participate in the grandest one of all. They vote and cheer for their new leader.  They wait on line for hours to join thousands of others in airplane hangars, arenas, and theaters.  Like a great church revival, the sense of belonging is amplified by the crowd.  Those with different points of view are kept out or kicked out.  The narrative is perfectly staged, and televised to the millions of others not lucky enough to be with “their people”.  But Trump makes sure they are still part of the “greatest show on earth”. He assures them that they are part of a movement unlike any other in world history. And this “truth” comes to them directly though his Twitter feed, unmediated, like a heroin fix mainlined straight into their veins.

The path to healing

As I write this piece, Trump’s cabinet continues to unravel.  Jeff Sessions has been revealed to have perjured himself at his own confirmation hearing for Attorney General. Michael Flynn had to resign for concealing his part in the emerging Russia scandal.

If the Trump administration implodes, those with TED will be going “cold turkey”.  Slowly but surely, many will realize that they have been conned.  They will understand that everything about their leader–from the extent of his wealth to his connections to Russia—was corrupt.  Many will remain in denial, but the majority will likely come to their senses. They will be hurt, sad and above all else angry, but their wounds will heal over time.

If, however, the administration consolidates executive power and Trump avoids impeachment, those with TED will continue to deepen their connections to the tribe. They will subsume their personal and economic interests to the needs articulated by their tribal leader.

But as time goes on, and society changes–if the promised jobs don’t materialize, if civil liberties are chipped away, if the press is silenced, if friends and neighbors are deported or barred from entering the country, if the price of goods rises due to trade wars—there may yet be a gradual awakening from the TED fever dream.   This recovery will require the support of fellow TED victims as well as from friends and family who managed to avoid TED altogether. It will be important to welcome those recovering into the fold of Trump resistors.

The best preventative—and ultimately the cure —is knowledge.  This means reading well-sourced material from reputable publications, avoiding social memes that fly across Facebook, and talking with educated and open-minded friends willing to understand multiple perspectives.  Knowledge is power, and that power is healing.

A potentially frightening future is upon us. The very real possibility of the destruction of our well-built democracy of nearly 250 years may collapse in a TED-induced nightmare.  But it’s not too late. With education of those living with the disorder and resistance by those not afflicted, the tide of this public health emergency can be turned. We can still avoid the ravages of a TED epidemic.