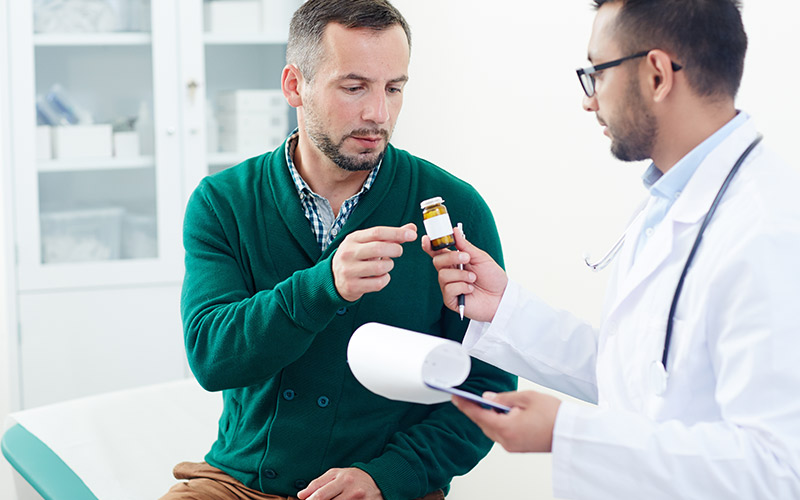 Drug overdoses killed approximately 72,000 people in in the United States in 2017. This was an increase of 10% from 2016. The two reasons cited are (1) Americans continue to use opioids in increasing numbers, and (2) there are more powerful, deadlier, synthetic opioids available in the underground marketplace—mainly fentanyl, which is 100 times stronger than morphine.  While the latter is the primary cause of fatalities, there is a connection between the two explanations.

It is established that of those who die of opioid overdoses, 80% started their use/abuse of these drugs with a prescription for pharmaceutical painkillers: for football injuries, work injuries, post-surgical pain, dental issues. Too many medical doctors prescribe these drugs routinely.

Why are opioids prescribed?

Low back and neck pain afflict millions of people.  These are among the most common complaints that patients present with in their primary medical doctors’ offices.

If the pain problem is acute, it will often pass in a few days.  Rest and ice and gentle stretching are the usual recommendations, along with a prescription for a non-steroidal anti-inflammatory drug (NSAID) like ibuprofen (Advil) or naproxen (Aleve.)

However, chronic, long-term back or neck pain (defined as lasting more than three months) is a different matter. This is where most medical doctors are much less effective.

While some MDs will recommend physical therapy or, more rarely, chiropractic care, many will simply prescribe more powerful medications such as muscle relaxers (e.g., Flexeril or Soma) or opioids (e.g., Vicodin, Norco, Oxycontin or Fentanyl.) This has been the standard medical approach, coupled with ongoing use of NSAIDs.

Why opioids should not be prescribed; yet they are.

A friend’s fifteen-year-old son recently had surgery to repair a broken clavicle.  After the operation, he (via his mom) was given a prescription for sixty Oxycontin (about a three-week supply) to help with the post-surgical pain. Another friend’s seventeen-year-old son had two wisdom teeth extracted and left the dentist with a full bottle of Vicodin.  Even a colleague of mine, a chiropractor, who had a low back strain/sprain, and needed some pain relief, was offered a one-month supply of Oxycontin, (which she declined.) Yet it is known that the pain relieving effect of opioid medications in most cases drops off precipitously after just three days. Given our understanding of the limited analgesic effects of these medications—and the potential downstream hazards—none of these prescriptions should have been written.

A recent article in the journal Spine concluded that chiropractic was more effective than NSAIDs for the treatment of low back and neck pain. The effects of chiropractic care were further enhanced by adjunctive rehabilitative exercise and various physical therapy modalities. Even more recently (2018), in The Journal of Alternative and Complementary Medicine, it was concluded that “Pain relief resulting from services delivered by doctors of chiropractic may allow patients to use lower or less frequent doses of opioids, leading to reduced risk of adverse effects.”

Yet, as a standard approach to pain relief and management, chiropractic care is marginalized. This can be seen in the exclusion of chiropractic care from the Affordable Care Act (ACA).  But ACA insurance will cover/pay for opioid pain medications.

Something is wrong here.

In the midst of an unprecedented drug overdose epidemic, why is this happening? As is usually the case, one needs to follow the money.  In 2017, the major biopharmaceutical and biotechnology companies spent well over 100 million dollars to influence legislation and employed over 1,500 full-time lobbyists.  In contrast, the American and International Chiropractic Associations and other donors had a lobbying budget of under $200,000, with five lobbyists.

Back pain is one more “lifestyle disease.”

Chronic back pain, like most of the chronic conditions we suffer from today, is a “disease” of lifestyle.  Like diabetes and heart disease, back pain can, in most cases, be addressed with changes in behavior—mainly diet and exercise. Much of today’s work is performed by either sitting in front of a computer screen or by doing repetitive physical labor. Obesity is at epidemic levels, increasing mechanical load and stress on the human frame.  High sugar diets cause systemic inflammation and weight gain. All of these contribute to back pain and other dysfunctions.

For millions of Americans, the (self)-treatment is popping over-the-counter NSAIDs. But excessive use of these is known to cause gastrointestinal, kidney and liver problems that drive people into hospitals for treatment of the problems caused by their treatment. This iatrogenic, or doctor induced disease, accounts for millions of doctor visits and hundreds of thousands of deaths.  In a 2016 Johns Hopkins study, it was suggested that iatrogenic disease was the third-leading cause of death in the US.

One of the criticisms of chiropractic care is that there is danger of stroke caused by cervical spine manipulation.  However, studies suggest that the incidence is so low that one cannot draw a direct correlation between the two. This is also reflected in the low cost of chiropractic malpractice insurance. I have been practicing for over thirty years, and pay $2400 per year.  Ask your medical doctor what she or he pays.

Another criticism is that it has not been “scientifically proven.” The most basic response to this critique is that the work of science requires money.  The medical profession, with the support of the pharmaceutical and biotech industries, have unlimited funds for this research while complementary/alternative modalities, from chiropractic to acupuncture to massage therapy, have to struggle for funding or piggyback onto medical studies. Fortunately, the latter is happening.  Multiple studies are confirming that chiropractic and exercise are among the most effective treatments for back pain, with almost no side effects.

Finally, after two decades, a consensus is building that we are in the midst of the most deadly drug epidemic in US history. But most of the solutions offered are reactive measures: sue the drug manufacturers; crack down on drug (heroin/fentanyl) dealers who prey on opioid users looking for cheaper pain killers; remove the licenses of medical doctors who are over-prescribing.

These are all important approaches. But we need to recognize that the most powerful strategy is to prevent addiction in the first place. We now know that prescription of opioids for most pain syndromes is no more effective than the use of NSAIDs, and that chiropractic, exercise, and other modalities such as acupuncture and massage can be even more effective than either drug. We also know that the use of these alternative modalities diminishes the chances of opioid abuse and addiction later on.

Chiropractic and other proven therapies should be moved to the front line of musculoskeletal pain treatment. Before prescribing opioids, MD’s should send their patients to a chiropractor, a physical therapist, and/or an acupuncturist. Treatment should be integrative, and patient-centered.

The opioid epidemic is a window into America at this moment. The densest patterns of addiction and death can be mapped over the areas of the greatest economic despair and social decay. But it spreads into every corner of our society.  The pain that people are suffering is both physical and emotional.  It stems from lack of purpose and meaning, social dislocation, deteriorating public education, and limited opportunity to provide for one’s family.

Our society is in pain: physical, psychological, and spiritual.  As a society, we need to acknowledge the many reasons, all of the reasons, why this is so.  Only from this place can true healing begin.

Dr. Ricky Fishman has been a San Francisco based chiropractor since 1986. In addition to the treatment of back pain and other musculoskeletal injuries, he works as a consultant in the field of health and wellness with companies dedicated to re-visioning health care for the 21st century. He is also the creator of the health news and information website Condition: Health News That Matters.

Interview: “A Rationale For a Single Payer Health Care System.”