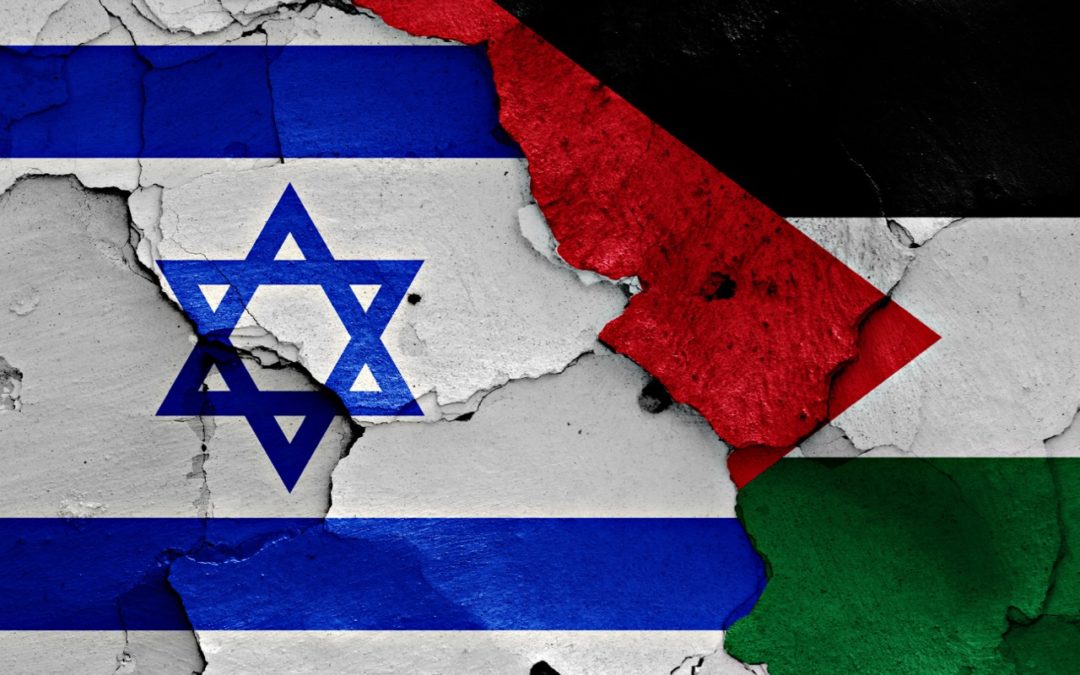 Israel/Palestine: A Land of Hope and Pain

On the beaches and in the hip cafes of Tel Aviv, it is easy to escape the feeling of life at the edge of a precipice. Israelis refer to this modern Mediterranean city as “the bubble”: a place where one can imagine an Israel of secularism and safety.

That feeling, however, quickly dissipates in Jerusalem where I wandered the ancient alleyways of the Arab, Jewish, and Christian quarters, and followed the Stations of the Cross to the Church of the Holy Sepulchre; where I watched pilgrims crying as they kissed the marble slab on which Mary, mother of Jesus, washed her crucified son. And where, at the Dome of the Rock–one of the holiest sites of Islam–I saw praying women protesting the presence of orthodox Jews who had been escorted by Israeli military police onto the grounds. Though also sacred to Jews, this spot has long been respected as an Islamic place of worship. So the women wailed as the Jewish men marched around the site as if it belonged to them alone.

In the Aida refugee camp, just a few blocks from our hotel in Bethlehem (in the occupied West Bank), we drove under a tear gas cloud, to go see the Palestinian side of the “separation” wall. The wall is covered with revolutionary art and has become a “tagging” destination for international and local graffiti artists. When we came to a street corner, we looked to the right and saw an Israeli jeep surrounded by five soldiers in full battle gear. Our van then turned left into a crowd of Palestinian teenagers, their faces covered by masks and bandanas, armed with slingshots and rocks; apparently a typical day in the life of the camps.

The tour group I was leading moved from place to place in the West Bank and Israel. The 10 of us met with Israeli and Palestinian peace activists, religious leaders, Jewish settlers, and ordinary people just trying to get by in some very tough circumstances.

The Israel/Palestine story is a tale of hope and pain that stretches from Biblical times to the present. It is a story of ancient land rights, diaspora, crusaders, holocaust survivors, Nakba (Palestinian expulsion by Israel in 1948), raids on Palestinian homes, and suicide bombers. The hope is fed by history and mythology; the pain doled out in steady spoonfuls, like bitter medicine.

At Yad Vashem, the Holocaust Museum, I saw dozens of Israeli boys and girls in military uniforms following the tragic story of the Nazi genocide; a story that ends “naturally” with the founding of the Jewish state.

But in the Israeli psyche, Yad Vashem is more than a memorial to a past that must not be forgotten. It is also a cautionary tale of the present and future. The story goes something like this: The world hates the Jews and has always wanted to be rid of them. The Arabs are a new version of the Nazis and will complete Hitler’s work–if Israel is not strong. Never again! So the deep wounds of the holocaust do not heal, but are passed on to new generations. Israel builds its walls higher and deeper, with security fences, checkpoints and electronic surveillance, until it can no longer see that there are human beings living on the other side of those walls. It hopes that someday those people will leave, or disappear.

And in the refugee camps of the West Bank, Palestinians paint maps on building walls that show the villages, towns and cities that were lost in war to Israel in 1948. These maps are a constant reminder to those living there that they are not home; that their struggle will not end until they return to the lands of their grandparents and great grandparents, lands etched with memory and imagination, places most of them have never seen.

While families that have lived for centuries in West Bank towns like Beit Zahour, who were able to move freely under whichever empire happened to occupy the land, are now told that their latest conqueror, Israel, will control their movements. The occupying forces will squeeze their families into smaller and smaller spaces as Israel takes their land and its natural resources, reminding them each day that they are powerless. And all of this is done with surgical, systematic precision.

The Healing Light of Creative Expression

But that was not the whole story. We also met teachers, healers, and rabble-rousing freedom fighters—Israelis and Palestinians, Jews, Muslims, and Christians.

In the Jenin refugee camp, the site of a devastating 2002 Israeli military assault that left hundreds of Palestinian combatants and civilians as well as Israeli soldiers dead, or wounded, we visited The Freedom Theatre. It was founded by Juliano Mer Khamis, a well-known Palestinian/Israeli actor, and is dedicated to the promotion of cultural resistance to the Israeli occupation. It is a vehicle of hope for the youth of Jenin and other camps. It is a school and an internationally traveled theater company; a place where students can learn their craft, make deep human connections, find meaning and forge positive identities.

I heard one teenager at The Freedom Theatre tell of his seven years as a guerilla fighter. Only when he began to act, to express the deep pain he carried, could he finally let go of his rage and imagine a better future. I heard other young men tell of futures in which all they could envision were themselves as suicide bombers. And young women who had foreseen nothing beyond cooking and cleaning for their husbands and children, relegated to second-class status in a second-class land. All now had a taste of freedom. It had begun with the freeing of their hearts and minds, a trajectory fueled by the force of artistic expression and creativity.

In 2011, Khamis was assassinated in front of the theater in broad daylight while holding his eight-month old son. The killer has never been found. But the Freedom Theatre went on. It is still a place of resistance and transformation—political, personal, and artistic; a theater of rebellion and healing.

A Land of Trauma

The Holy Land is a land of trauma. Old hatreds and fears cling to the Israelis and Palestinians like skins. Here is my Israeli patient, a scar in his side from a Palestinian bullet; my Palestinian friend, shot in the leg by an Israeli soldier; the Bedouin family whose home, made of scrap aluminum, was demolished by Israeli bulldozers; the Palestinian teenager sent to prison for throwing rocks at soldiers; and the Israeli soldier whose job was to interrogate arrested teenagers.

Until the sharp pain that runs through the heart of Israel/Palestine is acknowledged, nothing can change. Until it is agreed that the Jews and the Palestinians—Christian and Muslim—all have rights to the land in which they have lived from ancient to modern times, there can be no peace.

No shuttle diplomacy, boycotts, divestments, or sanctions, will untangle this knot. This conflict is personal, political, psychological, historical, cultural and spiritual. It will not respond to anything without genuine dialogue rooted in an acknowledgement of mutual humanity.

Wandering in the Desert

The sun was close to setting over the Judean hills. Because the path down to the Dead Sea was impassable, our three-hour sojourn turned into an eight hour, 17-mile hike.
.
As we wandered through the desert I thought of John the Baptist and Jesus and the multitude of pilgrims who walked these very same hills searching for God, meditating in caves, listening for His voice. I thought of the Hebrews following Moses through this vast, harsh, barren landscape, lost, traveling for years in circles. Looking around, I could imagine I was now lost in this desert of Abraham.

I felt the fierce power of the place, and suddenly knew why this land was holy. I felt the gods of fire–of creation and destruction—present all around me. I understood why the Judeo-Christian-Muslim God was born here. And how we human beings crave His favor and will fight and kill each other for that favor.

Still, something was missing; something essential. Standing in the last light of the setting sun, I shivered. And amid this great, cold, and mythic emptiness I wondered: Where was the love?

Dr. Ricky Fishman has been a San Francisco based Chiropractor since 1986 and leading educational tours since 1989. He will be taking another group to Israel and Palestine in January, 2015. If interested, please contact him at ricky@rickyfishman.com

New Models for Health and Healing