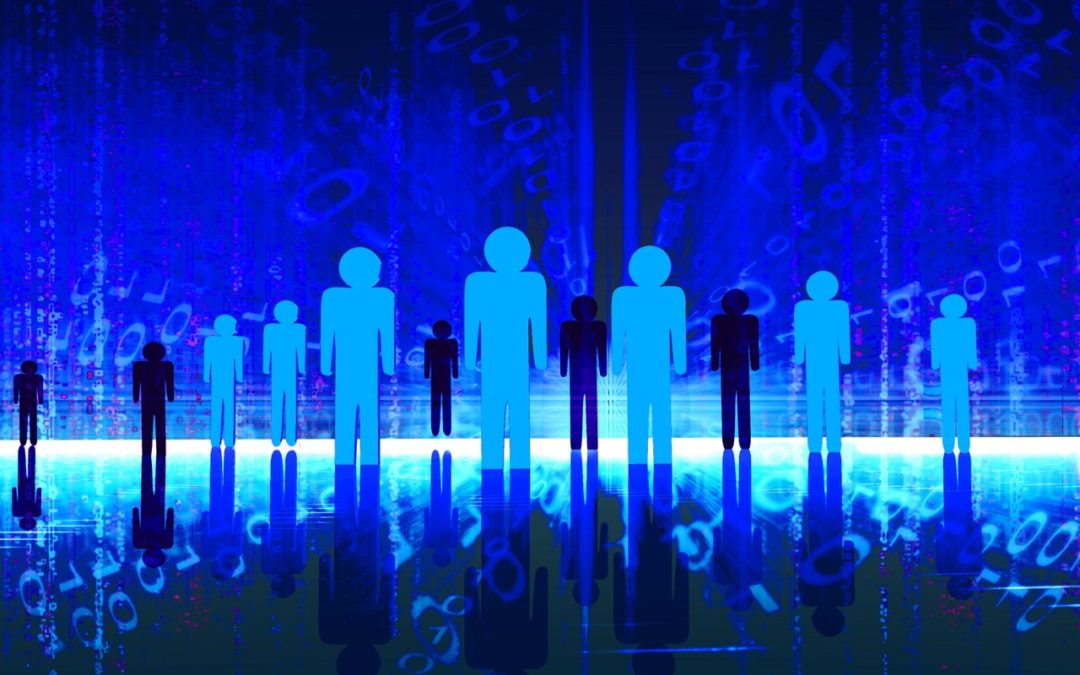 “I Feel, Therefore It Is”: The End of Critical Thinking and the Rise of the Digital Mob

I was never a Facebook “poster.” That is, until the latest Israel-Gaza War.

I watched as the tensions escalated on both sides of the conflict, sensing what was to come. First, there was the kidnapping of the three teenage settler boys in the West Bank. Immediately came the cries from the Israeli government spokespeople, echoed by the media and the American Jewish mainstream: “Hamas is responsible for this terrorist act. We must and will protect our children!”

Then the rampage began. The Israeli military proceeded to make mass arrests throughout the West Bank, taking back into custody prisoners who had been released in a recent hostage-for-prisoner deal. Houses were broken into without warrants, Palestinian youths protested with rock throwing, Israelis responded with tear gas and rubber bullets. Finally, a Palestinian teen, Mohammed Abu Khdeir was kidnapped and burned to death by extremist Jewish settlers.

The downhill momentum seemed unstoppable and the war began. Hamas fired rockets into Israel and Israel responded with aerial and naval bombardments of Gaza. An Israeli land invasion followed. These events predictably were accompanied by a worldwide surge of anti-semitism.

As world opinion mainly condemned and demonized Israel, Israel itself asked: “What are we supposed to do when rockets rain down on us? What would you do?”

By the time a cease-fire was declared, after 50 days of war, more than 2000 Palestinians were dead—including many children, women and civilians—along with 55 Israeli soldiers.

Throughout the conflict I watched with dismay, sadness and a feeling of powerlessness. I did not feel in solidarity with protestors doing “die-ins” and carrying Palestinian flags to protest the Israeli bombardment. Nor did I feel aligned with the majority of my fellow Jews who told me to “stand with Israel.” I didn’t really understand what the latter statement meant. While most Israeli and American Jews (about 90%) supported the Israeli military action, there were some who saw it as the perpetuation of an endless cycle of violence.

This brought up a troublesome question for me. If I stood with the anti-war 10%, was I standing against Israel?

My history, my narrative

As an American Jew, growing up in 1960s and 70s New York City, I was indoctrinated into a specific Zionist narrative. It went something like this: the world has always hated us. We were most recently persecuted in the Eastern European pogroms of the late nineteenth century and then decimated by the Holocaust. We needed a safe place to go. Israel was our historical homeland, our birthright. And because the Land of Israel was, as Golda Meir said, “A land without a people for a people without a land”, it was the natural destination for beleaguered Jews.

And I was a part of building and supporting this new land. I remember proudly donating two dollars at Hebrew school to plant a tree in Israel. Together we would transform the desert into forest and recreate the Biblical “Land of Milk and Honey.” And I remember carrying a small transistor radio in my schoolyard during the Six Day War of 1967. We all cheered as each Egyptian Air Force plane was destroyed by the IDF. It felt like the World Series. We were proud that Jews could be so strong. We were “David” to the Arab “Goliath.”

Today, a lifetime later, I understand that the reality of the situation was far more complex than what I had been taught in Hebrew School. When we raised our glasses of sickly sweet wine at the Passover Seder and said in unison, “Next year in Jerusalem,” there was never any mention that there were others living in Jerusalem—others who might not want us showing up next year. In my sixth grade mind, the Arabs were a vague, hostile group forever trying to kill us. I never heard the word “Palestinian.”

Into the Online Rumble

Once the war began, with a sense of urgency, I went online. I searched for up-to-date news and sought out a community of fellow Jews who might be aligned with my point of view; that the solution to the Israeli-Palestinian conflict cannot be solved with ever more frequent wars (three with Gaza since 2008); that in fact these wars, (which pit a militarily superior Israel against an impoverished population who are fighting with primitive rockets and automatic hand weapons) will only exacerbate tensions, making the next war inevitable.

But I also remained open-minded, and was interested in hearing different points of view that might inform and/or challenge my own perspective.

The level of discourse I saw was disturbing. On the right side of the political spectrum I heard many of the stories of my youth repeated. But the online conversation had a very different quality than the one I remembered from my pre-Internet days. It was full of venom and hate. There were brief articles, sometimes only two to three paragraphs long, with titles like “I Hate This Scum,” by JewsNews.il (referring to John Kerry and his peace efforts) or “Gazan Children Taught to Hate,” by JihadWatch.org. On the left I read pieces headlines such as “Israeli Deputy Speaker Proposes Solution for Palestinians: Concentration Camps and ‘Extermination’”, by Addictinginfo.org and “The World Condemns Israel’s Fascism,” by Avaz.org. These were mainly simplistic articles with little or no analysis; articles written to incite hatred rather than to educate.

But even worse than the articles were the comments that followed them. From one side: “Islam—what a sick religion.” “Level the place (Gaza). If you want the job done, do it right.” “Demolish the mosques and rebuild the Temple.” “Deport them to Iraq. Let them join ISIS. Then you got license to kill them all.” From the other camp: “The Jews will be butchered and dumped into the sea.” “Put them into camps and finish Hitler’s work.” Comment after comment spewing vile, unfiltered anti-Muslim racism and anti-semitism.

I believe in Israel’s right to exist as a sanctuary for the Jewish people. But because I was raised believing that Judaism is a religion that values social justice, I cannot abide the fact that a people who have been oppressed for so long are now oppressing an entire population. I believe in the Judaism of Abraham Heschel, the mystic Rabbi who walked arm in arm with Dr. Martin Luther King Jr. But what I was seeing on Facebook was the bile of Meir Kahane: The racist, ultra-nationalist founder of the Jewish Defense League, a fomenter of hate who was ultimately assassinated by an Islamist militant in 1990.

Searching for voices of reason

I have always thought of my people, the Jewish people, as a nation that prided itself on intellectualism and critical thinking. I think of our Talmudic tradition and of the long line of scholars and theorists, philosophers and scientists who populate our religious and secular history. But something has changed. Although there are strong Jewish intellectual voices to be found online, the virtual debate about the Israeli/Palestinian conflict seems rooted mainly in emotion, not in reason.

I have been to Israel and the West Bank and have read deeply on the region’s history and conflict, from left to right—from Jimmy Carter to Alan Dershowitz, from Shlomo Sand to Michael Oren, from Norman Finkelstein to Benny Morris. Yet when I asked the online supporters and opponents of Israeli policies for solid references to support their own positions, none—not a single one–were ever offered.

Social media, especially Facebook, feeds this toxic form of discussion, this new way of knowing. Posts fly back and forth with blinding speed, changing with every push of the refresh button. To keep up, readers tend to choose short, superficial articles, selected for easy ingestion—and eliminate posts that conflict with their points of view. Filtration buttons are activated, creating personalized echo chambers. After hours (or even days) in front of their screens, reading posts moderated to reinforce their views, people sink into warm, narcissistic baths of their own reflections. Little effort is made to distinguish between what is real from what is felt.

Yet at the same time, social media, including Facebook, can be a powerful tool to communicate with people around the world and to exchange information that may otherwise be censored or omitted from the mainstream, corporate media. We have seen this empowerment manifested in the revolutions from Tunisia to Ukraine to Iran.

The “end” of critical thinking with some hope for the future

Critical thinking—reason and logic–requires time and real reflection. But as we are bombarded with communications from a multitude of digital devices, these seem to be “luxuries” we are willing to give up. As our time for reflection diminishes—parsed into smaller and smaller bytes–our attention spans diminish as well. We then become more susceptible to emotional manipulation; more likely to feel and express quick bursts of anger and hate.

Throughout history, sages from Buddha to Einstein have taught us that the path to knowledge is through the heart and the mind, through intuition and intellect. The digital mob that populates our virtual world is helping to usher out the age of reason and replace it with one of pure feeling. But we can challenge this trend. We can choose to step away from our computer screens and take time to breathe. We can balance that frantic flow of information with more reflective ways of knowing—reading books, taking walks to help assimilate and digest information, meditating, and conversing with people who have different points of view.

My experience on Facebook during the Israel-Gaza war exposed a deep gap between those using social media for research and communication and those who are looking for simple answers to complex problems. The resulting tension impacts the way we, as a global culture, understand our world. It will also shape our future.

Dr. Ricky Fishman has been a San Francisco based Chiropractor since 1986. He has been leading educational tours since 1989, including two trips to Israel and the West Bank. In addition, he works as a consultant in the field of health and wellness with companies dedicated to re-visioning health care for the 21st century.

Ebola, Chronic Disease and the Road to Wellness

“Sitting is the New Smoking”: “7 on Your Side” Featuring Dr. Ricky Fishman