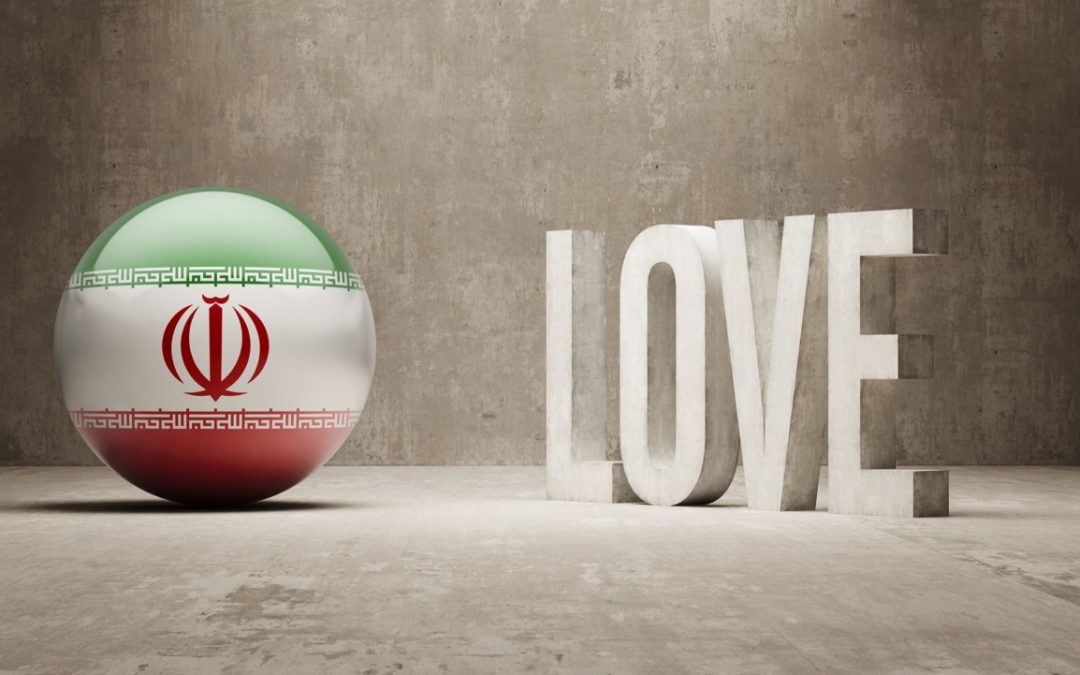 A Persian Wedding: Love and the Will to Freedom

Mehraban and Sahar were married under redwood trees in the hills overlooking the San Francisco Bay.  It was a brisk evening warmed by the presence of their many friends and relatives who had gathered from near and far.

When I walked into the reception hall, the dance floor was already packed. Electronic music was blaring, drinks were flowing and the crowd was joyous, celebrating the union of these two beautiful people.

Children of the Revolution

Although I had never been to an Iranian wedding, I have been to Iran. The first time was in 1975, during the Shah’s rule. I also visited more recently, in 2014, under the current regime: The Islamic Republic.

Many of the men and women dancing at the wedding were “children of the revolution,” born in Iran after the revolution of 1979.  Until they left for “The West,” they had only known an Iran of the mullahs, the religious rulers of that country.

And as the electronic dance beats stirred up the crowd, I thought about Iran and how distant that country was from this celebratory moment in space and time.  I considered how far we were from that world, where people lived under the ever present gaze of the mullah’s and the Basij (the religious police), where life is circumscribed by so many ancient rules, where women are compelled to wear the hijab (traditional head scarf), and the sexes cannot mix freely.  A world where alcohol and dancing are prohibited.

And I thought about what makes us human.

I believe one thing is our need for autonomy: to live peacefully, free of coercion and limitation.  According to the book “On Mortality” by Atul Gawande, “…autonomy makes each of us responsible for shaping his own life according to some coherent and distinctive sense of character, conviction, and interest.  It allows us to lead our own lives rather than be led along them, so that each of us can be, to the extent such a scheme of rights can make this possible, what he has made himself.”

As individuals and social creatures, we write our life stories as self expressions but also as participants in something larger than ourselves.  We imagine our lives as members of our group and as integral parts of the planet–or even of the cosmos beyond.

Many “coming of age” ceremonies–such as confirmations, quintaceras and bar and bat mitzvahs–are rituals in which individuals are celebrated as mature people ready to make their own ways in the world and at the same time as full members of their community, with all the rights and responsibilities that come with that membership.

So when a society, with force, pushes against our natural urge to be autonomous, when that society imposes a pre-determined narrative upon us, we reflexively and often consciously push back.

The Islamic Republic and the people of Iran

The Islamic Republic, with it’s proscribed rules based upon a strict interpretation of Islam and its suffocation of individual expression– personal, political and sexual—has created a society that opposes our humanity.

Iranians are forced to live their private, “real” lives behind closed doors.  They have to split their personalities into ones that are alternately (but rarely at the same time) obedient and authentic, creating a kind of cultural/personal schizophrenia that must eventually take its emotional and/or physical toll.

Iran is a fully modern, cosmopolitan society.  The Persians have a long history and a deep, proud culture.  They are well educated, have Internet access and want to be engaged with the rest of the world.

On that wedding dance floor, I watched and felt the beautiful expression of authentic Iranian identity. The DJ played songs whose words I could not understand (as I don’t know Farsi) but that I could still feel; words and music that brought the crowd singing to the dance floor.  They were covering the newly married couple with love but also, I believed, letting them know that they were both members of a large family: a family that had been forced to leave its home behind but still held onto its bittersweet memories.

The End of the Mullahs

In the long run, the mullahs cannot survive.  Their need to control will be crushed by the human will to freedom; a will that has given rise to painting and dance, to music and science; to all modalities of transcendence. Every culture on our planet has known and expressed this truth. And when the expression of these truths is suppressed, a painful hole is dug into the souls of those denied.

I left the wedding filled with joy but also with sadness. It was a sadness that I imagined I shared with at least some of those on the dance floor; a sadness born of a darkness hanging over a distant homeland.

Mortality and Healing: A Meditation and Tribute to a Friend

A New Year, A New You: Some Perspectives on Integrative Health and Healing