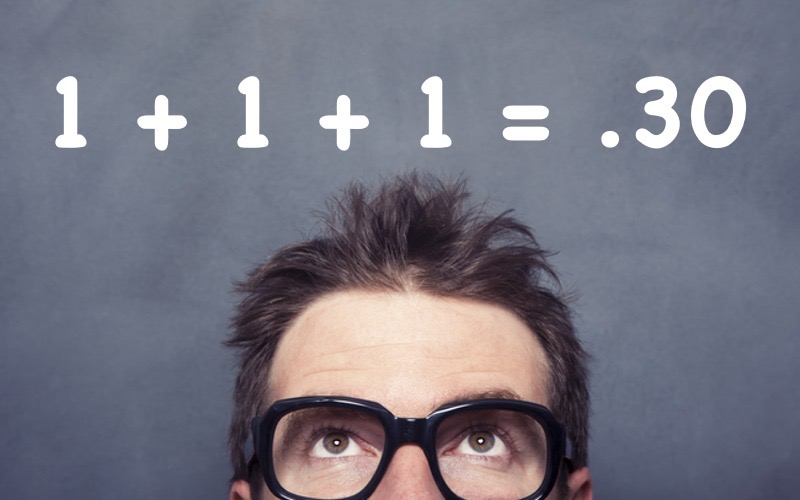 A few weeks ago, a patient gleefully told me that he had gotten excellent new health insurance through his employer. The coverage included more chiropractic visits than his previous insurance plan, yet his co-pay was still minimal.

It was difficult for me to share his excitement—especially since I knew what he would tell me next.

“That’s great,” I replied. For my patient…maybe.

Here’s the backstory.  My patient’s previous policy was a standard Blue Cross PPO (Preferred Provider Organization). The policy allowed 12 chiropractic treatments per year and reimbursed me, the provider, approximately $75 per treatment.  After I submitted my bill, Blue Cross sent me a check for $60 ($75 less the $15 co-pay).

His new plan, on the other hand, is a chiropractic HMO (Health Maintenance Organization).  Their policy allows 20 visits each year, but reimburses me at less than $30 per visit.  The co-pay, again, is about $15. My patients “excellent” new health insurer will send me a check for less than $15.

The conclusion: I’d just received a 60% pay cut.  I don’t think my patient realized that.

My Personal Relationship With Health Insurance

I have been in practice since 1986.  At that time, most insurance plans covered chiropractic services and reimbursement was fair.

In the late 1980s and early 1990s, we saw a surge in the growth of managed care programs. Attempting to control costs, the insurance industry built large networks of “preferred provider organizations” (PPOs), which agreed to accept industry-determined fee schedules.  In exchange for being “in network,” the providers gained access to the many patient/members of those plans.  Providers who chose to remain independent were able to collect higher fees, but they faced obstacles.  For example, patients seeking out-of-network care might face large deductibles and co-pays.  Using this strategy, insurance companies were able to steer most patients toward in-network doctors.

Insurance companies quickly realized that PPOs were a profitable path. Controlling costs in this way enabled them to keep disbursements down, continue to raise premiums, and  keep profits strong and steady.

After the successful entrenchment of the PPO, the insurance industry sought to develop newer, even more “efficient” systems of health care delivery. Enter the HMO.

The HMO (Health Maintenance Organization), like the PPO, was not a new concept.  Kaiser Permanente, the country’s largest HMO, was established in California during World War II to provide health care for shipyard workers.  It then expanded to serve the general public.  Kaiser medical centers are now freestanding hospitals and clinics serving Kaiser members exclusively.

Other insurance companies then sought to establish their own HMOs without the burden of building hospital complexes.  Well-known examples include HealthNet, Pacificare, and Humana.  Though established in the 1970s and 1980s, these companies rapidly expanded their share of this market from the 1990s onward in response to the changing health care climate. They connected existing hospitals and medical practices to create their own dedicated networks. Members could only see in-network providers. Because they now had nearly monopolistic control over patient choice, insurance companies were able to negotiate even lower fees with the providers–who would theoretically be grateful for having access to this “captive market.” The insurers could then pass along these savings in the form of lower premiums, zero deductibles, and smaller co-pays.

During this period, there also grew an increased public awareness of—and demand for–complementary and alternative treatments, like chiropractic, acupuncture, and massage therapy. In response, Chiropractic HMO’s first began to appear in 1987. (It later added the other complementary/alternative modalities.) When companies purchased their policies from brokers, they would often buy a standard medical HMO plan along with a chiropractic supplement to provide workers with these complementary services. My patients particular HMO now dominates this part of the health care market.

I have been a participating member of his plan since 2001.  At that time the re-imbursement per doctor visit was in the high thirty dollar range.  There was an additional bonus at the end of the year based upon ones efficiency or productivity (Read: limiting treatment and minimizing referrals.)  This was called a “withhold fee.”

By 2004 the reimbursement had dropped to under $30 and the yearly withhold was eliminated.  It has not changed since.

As a chiropractor I see between three and four patients per hour.  When reimbursed at a rate of approximately $75 per visit, I generate between $250 and $300 per hour.  I run a very efficient, well staffed, and pleasant office on a great street in San Francisco. (I think my patients would agree with my assessment). I provide high quality care. I pay my staff a fair wage for their work.  The overhead of my office runs at approximately 50%.  So when I am working at maximum efficiency, my income is between $125 and $150 per hour (This does not include the hours of paperwork and administration that I must do, which is unbilled labor.)

If all of my patients used this insurance plan my earnings would be somewhere around $85 to $120 per hour on average.  This is less than the cost of running my office.

The major insurance companies–Blue Cross/Blue Shield, Cigna, Aetna—are aware that these chiropractic HMOs are building network of providers who will accept radically reduced rates.  So they, too, have begun contracting with these plans to administer their chiropractic benefit as part of their PPO and HMO plans.

The result is that increasing numbers of patients with chiropractic, acupuncture, and massage coverage will be receiving it through these highly restrictive plans.  And providers will be denied a livable reimbursement for their work. Eventually, complementary/alternative practitioners will be forced out of the insurance reimbursement system altogether.

Health insurance policies will soon be divided into three basic types: (1) HMOs that restrict choice of doctors and access to complementary therapies; (2) super high ($3,000-$5,000) deductible plans that will discourage many sick people from seeking care until they are in emergency situations, and (3) high end “Cadillac PPO” plans that allow freedom of choice of providers with minimal restrictions.  These Cadillac policies will comprise only 1-2% of all plans.

I have had a full career in the healing arts.  I have been able to practice my craft, to help patients in need, and participate in what I once believed to be a health care system evolving toward a model rooted in wellness and prevention. But I now see that this belief was an illusion.  I realize that health care is just another rough and tumble, profit driven business.  The players with the most money—the pharmaceutical, insurance, and hospital industries—are the ones who win the game.

Healing is both a science and an art.  It requires careful listening so that one can determine a proper diagnosis and outline an appropriate course of treatment. And it requires time to “be” with ones patient. To support my clinic with HMO reimbursements alone, I would need to see 10-12 patients per hour.

I cannot, will not do that.  I will continue to do my work, to treat causes rather than symptoms, to educate my patients about their own bodies, to empower them to heal themselves.  But not within a system that does not honor these values.  I reject the reimbursement schemes that will ultimately undermine my profession and others that are truly rooted in prevention.

If this means closing my practice, and working on my own, to provide the quality, affordable care I was trained to give–the care that provides value and meaning to both my patients and myself, so be it. I will leave the system before it abandons me and the patients it has a mandate to serve.

The Affordable Care Act, or Obamacare, will do little to change the direction our system is heading.  Certainly more of the uninsured population will be saved from life threatening situations, which is a very good thing.  But the delivery of services will still be under the control of the same interests that have long been in control.  And while there will be a superficial nod to the concept of “wellness,” the delivery of these services will be administered by a medical industry deeply rooted in reactive treatments—primarily the use of drugs and surgery.  Practitioners of complementary and alternative methods of healing will be excluded.

America’s health insurance system is not on a sustainable course.  In my view, it is on the verge of collapse.

And when it does collapse–when insurance policies cost more than most Americans can afford (we are just about there!)–when businesses choose to pay penalties rather than to insure their workers, and individuals do the same, the stark illogic of this system will reveal itself, and the impetus for real and radical change will emerge.

It may not occur overnight–but this change will surely come.

Stay tuned for Part Two of this series.

Dr. Ricky Fishman has been a San Francisco based Chiropractor since 1986.  In addition to treating patients with musculoskeletal complaints, he has been actively involved with a variety of wellness companies working toward the transformation of health care delivery for the 21st century.