After 21 years of service with the County of Marin, he took an early retirement to take on the position of Director of the State mandated re-Entry and rehabilitation programs at San Quentin State Prison. David identifies as an indigenous Salvadoran, recognized as a member of the Lenca-Poton nation which encompasses the eastern region of El Salvador, Honduras and parts of Nicaragua. David has attended the Indigenous Permanent Forum at the United Nations in New York for several years as delegate with the American Indian Movement and on behalf of his maternal grandmother’s Poton community. He is the current Director of Programs & Operations for the Canal Welcome Center, a non-profit in San Rafael.

David has also worked as an adjunct professor, at Dominican University and has taught Indigenous Perspectives, and Mayan Cosmologies. He will also be teaching pre-Columbian and Native studies at Holy Names University in the fall of 2018. David holds a Bachelor’s degree in Humanities from the New College, Masters in Organizational Leadership from Saint Mary’s College, and is currently completing his dissertation at the California Institute of Integral studies in Anthropology and Social Change with an emphasis on Indigenous Cosmopolitanism. He has been published in several publications including the Marin County Independent Journal, Nectar Magazine, Point Reyes Light and Kaiser Permanente’s Latino Association Newsletter which reaches several thousand members throughout the State of California. David lives with his daughter Kila in Windsor and in their spare time, they both work diligently on a 1952 Chrysler lowrider.

In this episode, we discuss David’s ideas about cultural resistance and healing. He describes “low-riding” culture, how it evolved and the many misconceptions and misunderstandings the dominant Anglo culture of the United States has about “low-riding.” David talks about the pain and trauma of cultural isolation and dislocation and how immersing oneself and ones group in activities that bond and empower can have profound individual and cultural benefits. As an anthropologist, he places this resistance within a cultural and historical framework. As a first generation Salvadoran-American he sees participation in low-rider culture as his own healing journey; one that has the added benefit of asserting his “cholo-power.”

Following the interview, Ricky describes his recent work as part of the Integrative Health Project in Guatemala. 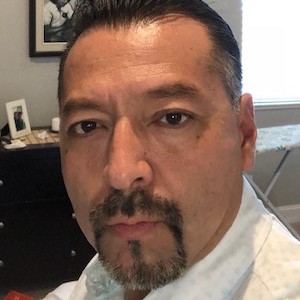 On the Healing Magic of Forest Bathing with Julia Plevin (E05)

On the State of Integrative Medicine with John Weeks (E07)