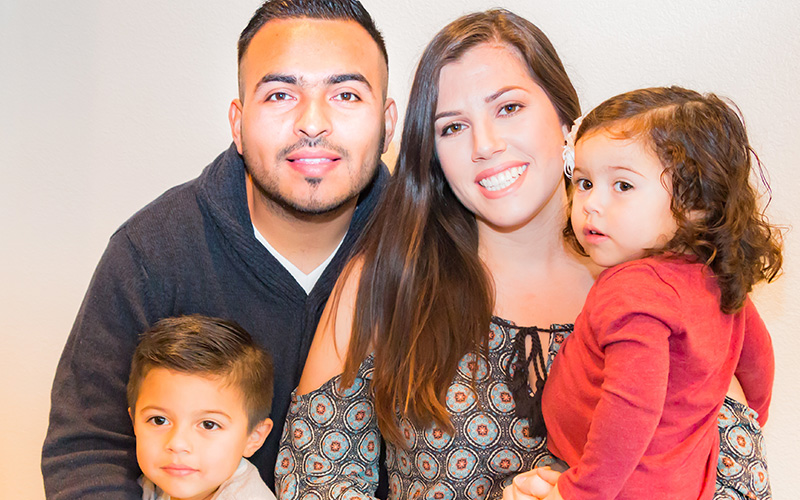 Therapy with Latinx DACA Clients and Their Families: A Therapist’s Primer*

Many therapists are unfamiliar with the Deferred Action for Childhood Arrivals (DACA) program and have little experience serving clients and families with DACA status. I lived in Mexico City for almost 3 years, earned my Master of Arts degree there, speak Spanish, and have worked with many immigrant families over the last six years, and thus I feel a civic duty to share my experience and knowledge with the psychotherapy community.

DACA is a temporary protected legal status (TPS) created by the Obama Administration in 2012 to protect children from deportation after arriving without legal authorization (usually with undocumented parents). I use the word “undocumented” instead of “illegal,” because

I believe that no human is illegal. We don’t call a 14-year-old driver “illegal,” or a 17-year-old drinker either. Language matters; we want to use inclusive, respectful and empowering language—after all, as therapists, language is our primary tool to promote healing and change.

There are roughly 800,000 DACA recipients in the U.S. (not including the additional 300,000 who are eligible but don’t have DACA status), approximately 75,000 of whom reside in California, and around 40,000 in San Diego. Most are Latinx, have undocumented parents and have migrated in search of safety and economic opportunities unavailable in their countries of origin. You can also use the term “DACA-mented” to describe the unique experience many DACA-mented folks experience of feeling like a foreigner—unable to access government assistance such as student loans or the vote, yet simultaneously feeling like the U.S. is the only place to call home because most DACA recipients grew up here. It is very important to be aware of how the individuals and families with whom you work self-identify. For example, I have a few female clients who have told me that although they appreciate the term “latinx,” they prefer “Latina” instead to emphasize their pride in being female.

To make matters more complicated for families of DACA status, on September 5, 2017 the Trump Administration canceled the DACA program. Although current recipients can still renew their status every 2 years for $495 plus legal fees, no new applications are being accepted. There is currently no guarantee of permanent residence or citizenship as DACA status only provides a social security number, authorization to work, and a driver license. The future of DACA remains undecided in two pending Federal court cases. Added to this, a majority of DACA recipients have parents who are undocumented, which is terrifying for them given the increasing anti-immigrant sentiment and recent increases in ethnic profiling, detainments, raids, distressing executive orders, and deportations.

Clearly this population is at risk and needs competent, knowledgeable and supportive mental health practitioners. DACA families commonly face poverty-stricken households and neighborhoods, PTSD, agoraphobia and depression, and other psychological distress emanating from family separation, and a realistic fear of leaving the home for fear of deportation and societal discrimination. Our job as therapists is to educate, understand, heal and help manage the numerous traumas related to fearing for their own and their family’s future. The exclusionary and dehumanizing messages, xenophobia, and ethnocentrism rampant in the current political rhetoric has contributed to the hyper-vigilance and fear this population faces daily. It’s vital that these families attribute their pain mainly to the adverse events and unjust immigration circumstances instead of to themselves personally. More crimes are committed against undocumented and DACA families than by them. They live and contribute to society the same way that legal citizens do—working, studying and paying taxes. Yet they aren’t afforded the short or long-term security of citizenship, which can be so easily taken for granted. We can’t afford to ignore that one’s immigration and legal status, which in many ways form the bedrock of identity, have become so politicized on the national stage at the expense of the individual caught in the rhetoric.

Although this discrimination can gradually erode physical and mental health for families of DACA status, it’s crucial to recognize and appreciate the resilience that I have witnessed in my clinical work with this is population. Even though health settings tend to focus mainly on the risks and deficits associated with DACA, undocumented and mixed-status families, Latinx DACA recipients and their families, have in my experience been a strong group of people.

Latinx DACA and mixed-status families tend to be hopeful about a better future, even given the current political climate. Immigration scholar and professor Dr. Carola Suárez-Orozco at UCLA refers to this as “immigrant-optimism.” They also tend to value education and have a robust work-ethic—many are excelling in schools and in their jobs. Moreover, these families tend to be closely-knit and extremely affectionate, loving and supportive, a major sign of strength. Unfortunately, this has been periodically pathologized as “enmeshment” by Western-oriented therapists and other practitioners who are not as knowledgeable about cultural norms and sociopolitical contextual variables affecting our clients.

The resilience doesn’t end there; DACA recipients often benefit from the advantages of being bilingual, binational, and bicultural, which is correlated with increased employability, cognitive flexibility and enhanced capacity for perspective-taking. I have witnessed immense cultural pride, religious and spiritual strength and social support within this population. There is also a present-time orientation—contrasted with the greater emphasis on past and future in the U.S. that helps affected families enjoy and appreciate their time together and to stay closely knit and loving, despite the fear of uncertainty always lurking in the background. Understandably, DACA recipients have reported that “coming out” publicly has been tremendously difficult; many parents coach their children to be furtive with their immigration status for protection and unity. This appears to be very appropriate given the associated risks of “going public.”

Consistently witnessing these families strive, grow stronger, wiser, and more resilient as time passes and therapy progresses, has not only encouraged me to continue this work but has also instilled a sense of vicarious resilience within me. As I mindfully reflect, I feel that I have grown stronger and wiser personally and professionally from continually seeing these families do so time after time. I owe this vicarious resilience to this population’s courage in their work with me. Next, I’ll share a brief snippet of my work with one family. I’m eternally thankful to this family for allowing me to share their story, of course with their identities concealed.

Sergio, age 17 and a DACA recipient since 2013, was brought to therapy by his parents, Tina and Jorge, who were concerned that he hadn’t been sleeping or eating well, had been struggling academically, worrying excessively and had become increasingly nervous and irritable. His parents brought him to California when he was 11 months old in search of better economic opportunities. They hired a “Coyote” to cross from Tijuana—fortunately, they were neither abused nor robbed en route which are very common occurrences.

After a careful assessment, Sergio met the diagnostic criteria for Adjustment Disorder with Anxiety. Jorge, his father, had been suddenly detained by ICE (Immigration and Customs Enforcement) when walking from the car to a restaurant where he had planned to dine with his wife and Sergio’s two siblings. Jorge was detained for the night and released in the morning. Sergio remembered experiencing a panic-filled and sleepless night following his father’s detention. Although Jorge was detained only briefly, a court date for the following year was scheduled at which time his deportation would be decided. This only added to his son’s sense of impermanence and anxiety. We don’t currently know the extent to which Jorge’s previous DUI contributed to his arrest or will factor into the court’s impending decision regarding his status. I have collaborated with Jorge’s lawyer in documenting what I considered would be an adverse impact of deportation on Jorge’s family.

Sergio has shared that he constantly worries about “having to be the man of the house” and having to help raise his younger brother and sister if his father is deported. He also worries about his own future in the country since the DACA program was rescinded last year. Because Sergio is old enough to understand and psychologically strong enough and high-functioning, we have collaborated on a “family preparedness plan.” Fortunately, Sergio’s family is closely-knit and resourceful and has supportive relatives in the area who have lent his family money to cover Jorge’s legal fees. Sergio also speaks English and Spanish, a big plus when he enters the job market, and has maintained a 3.84 GPA up to his senior year in high school. We have discussed the traumatic nature of his father’s arrest along with the wider socio-political injustice and hateful rhetoric that have contributed to his symptoms; shifting the narrative from believing something is wrong with him to his anxiety being a normal response to abnormal circumstances. Together, we have highlighted the strengths he’s developed from coping with this uncertainty. We also review mindfulness strategies to embrace the here-and-now, so that he may sleep better, and utilize EMDR to reprocess the horror that periodically torments him from that day.

It’s essential to emphasize that therapy has significant limitations if wider sociocultural and political influences are not considered in the work. No therapy can resolve the uncertainty of Jorge’s future in this country with its increasingly strict immigration policies. Helping families talk about injustice in therapy is a step toward effectively managing it. In fact, Sergio shared helpful information with his community such as the app Migrawatch for warnings of any future raids in real-time, which we agree has helped his anxiety symptoms. As Sergio’s therapist, I know that symptom management isn’t enough and realize the importance of opening a dialogue with him and other such clients. I also consider it crucial to share my personal commitment to progressive politics and public advocacy of immigrant rights that have helped Sergio and his family embrace their resilience, and that will hopefully challenge the injustice in his own community.

Here are some practical tips I hope will be helpful in your own practice if you have the privilege of working with clients like Sergio and his family. Additional information can be found in the article Ten Psychotherapeutic Considerations to Assist Young Undocumented Latinx by LaRoche, Lowy & Rivera(1):

In the words of Dr. Martin Luther King, “In the end, we will remember not the words of our enemies, but the silence of our friends.”

Jason Linder, LMFT is a PsyD student at Alliant International University, San Diego campus. Jason is trained in EMDR therapy and works in private practice at his university’s center for Emotionally-focused Therapy with English and Spanish-speaking clients as well as part-time in the Palomar Family Counseling Service in Escondido. Jason was recently published in the Journal of Couple & Family Psychology, the Psychotherapy Networker, and Sage Research Methods Cases. Jason recently presented on this topic with his colleagues, Ashley Walsdorf, MS and Yamilka Urquiza Mendoza, LMFT at the annual meeting of the National Council on Family Relations. Jason is passionate about relationships and bringing needed socio-culturally attuned psychological services to the Spanish-speaking world.

The Disability You Don’t Have